The Particulars Of The Fundamentals

Understanding the universe starts with its smallest parts.

Imagine the tiniest amount of light, the smallest electric charge, or the lightest possible mass. In roughly the last 100 years we have been able to determine and verify that there is a minimum "quantity" for masses and types of energy. In other words, they are the smallest bricks in the building set of our universe.

The study of Quantum physics is, most simply put, the study of these smallest known quantities we can observe in the universe. There are several of these fundamental particles that researchers have categorized into two groups: bosons and fermions. Although each particle has distinct properties, for now we are only interested in what they all have in common.

The Common Properties of All Fundamental Particles

There are no known smaller “quantities” that are known to exist.

2. All particles move in a straight line unless a force is acting on them.

This probably comes as no surprise. Sir Isaac Newton describes this behavior hundreds of years ago, and it holds true at any scale.

3. All fundamental particles always move at the speed of light, or as close to it as their mass allows.

Being the first notable departure from Newton’s laws of motion, acceleration does not apply to bosons and fermions. In fact, the speed at which fundamental particles move does not ever change.

4. Fundamental particles are pointal and have no measurable volume.

It is true that the actual size of every fundamental particle in the universe is approximately nothing. But not to worry. This counter-intuitive realization has an equally confounding counterpoint.

5. All particles while in motion are waves.

While in motion, the exact location of a particle is considered “indeterminate”. This means that we do not know exactly where it is. However, when we do measure its location, the odds of finding it at that location is identical to the statistical spread of the movement of ripples on a pond.

The Necessity of Wave-Particle Duality

So how can a particle move in a straight line (2) at a constant speed (3) but we still don't know where it is (5)? This is called wave-particle duality. Particles do move away from their point of origin at a fixed speed, but there is a limited degree of precision in knowing exactly where it will end up.

This isn't simply a case of measurement accuracy, since the frequency or energy level of a particle affects the size of its wave.  At lower frequencies, the wave is dimensionally larger which in many cases impacts the area it will interact with.

But isn't a fundamental particle immeasurably small (4)?  Yes, when it is interacting with other particles it is at that precise point.  But while in motion it has an area of influence that moves like a wave through space.It is when it is being interacted with at which point we witness its particle state.  Although the particle still takes up no measurable space, in wave form it has an area of influence. 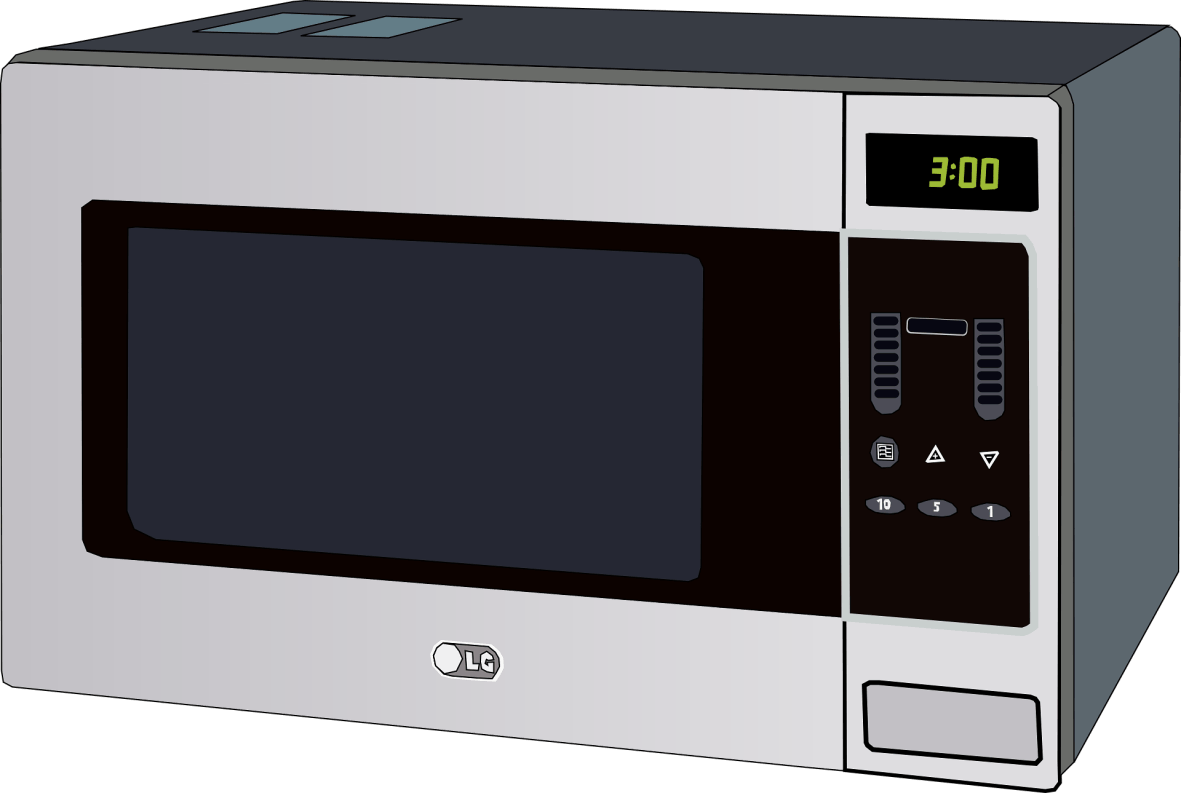 For example, a Faraday cage is a metal shield placed around an object that needs to be protected from electromagnetic radiation.  An everyday example is a microwave oven.  In particular, the door with the metal screen through which you can kind of see what is cooking.

Microwave ovens heat food by using microwave radiation which are essentially photons at a specified frequency.  To prevent the radiation from escaping the oven, the cooking chamber is entirely enclosed in metal which absorbs or reflects the microwave energy.

But what of the door which is typically see-through? If microwaves are photons which are immeasurably small, why can't they fit through those holes?  What our eyes see are also photons, and I can see what is cooking through the door.

Although what you see and what you are cooking with are both photons, the microwaves are at a frequency that has a much longer wavelength (typically >12cm) than the millimeter size of the holes in the microwave door.  None of the waves can "fit" through, therefore the particles are reflected back inside or absorbed by the cage itself.

As for the photons you can see, these are at a significantly higher frequency with microscopically small wavelengths at less than 800nm (less than 1 millionth of a meter).  This is similar to why visible light does not pass all the way through your body, but X-rays which are photons at a much higher frequency do.

One might argue that this simply means that particles do have a "size" when in motion.  That it is simply a n invisible change in volume while in motion.  Why are particles described as "wavelike" instead of just being "bigger"?

In this video we direct a common laser pointer at a sheet of paper. It results in a bright point on the page. However, if the laser is aimed through a target with a double slit, the laser goes all over the place in a peculiar pattern. It does not matter what material we use to make the slit out of. Additionally, the brightest spot in the pattern is directly behind the slit which would not be the case for something that is moving strictly by line-of-sight..

The reason this pattern appears instead of just 2 lines is that, while the particle is moving as a wave, it is possible for it to be split into two waves.  These waves, even though they are from the same particle, cause interference with one another spreading out the probable locations of the particle.

This wave-particle duality seems counter-intuitive and has boggled the minds of many prominent scientists (including our famed buddy Albert). However, it is this wavelike indeterminate motion that allows particles to have any degree of interaction at all! Without a wavelike area of influence, particles would rarely interact with each other and the universe would be very uneventful.

To learn more about fundamental particles or the double slit experiment, contact us at questions@WhetScience.com.

Web page was created with Mobirise